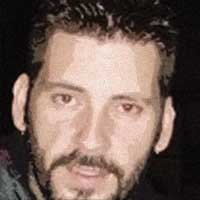 When we think about heavenly beaches, we immediately imagine those of the Caribbean, Hawaï, Polinesia and, indeed, they all are of a divine beauty. But we don't have to go that far. Fuerteventura has magnificent beaches situated in privileged places and the sand there does offer us a practically unlimited variation of colours. We can find almost every shade of colour here, except the reds and the greens which are reserved exclusively for the Hawaiian islands. 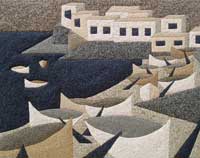 In addition to this broad band of colours which goes from white to black, passing over shades of grey, brown, golden or yellow, one has to add other factors like grain size, organic debris which will influence the resulting colour and appearance even more and by this will enlarge the overall colour scheme. 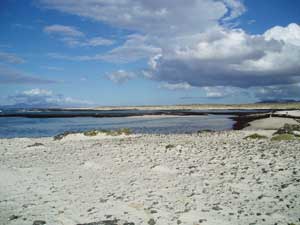 The sand of Cotillo is regarded to be the most white sand of the Canaries and on certain spots it looks like snow. The parrot fish are producing this by eating the coral. Their stomach digest the coral and leave the white structure as a kind of sand. One parrot fish can produce 1000kg of sand annually! The result of this process is a grainy and irregular kind of sand that can be found in those Majorero settlements. 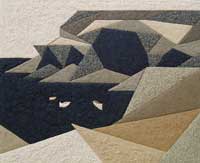 This sand is quite heavy and can contain some traces of Olivina, a greenish semi-precious stone that is much associated with sands of volcanic origin. A little secret: during the summer the sea carries tonnes of golden sand which changes the chromatic aspect of this beach for a couple of months. The lighter golden sand lays on top of the heavier black one, sometimes being mixed up. 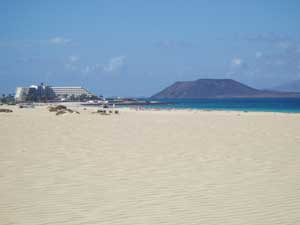 The sands of Corralejo, unlike the popular knowledge, does not come from the Sahara desert but has a marine origin and its beige tint is typical for the Corralejo Dunes. Upon a closer watch, one can detect debris from digested shellfish and mussels in all granulation sizes. 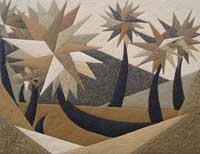 The erosion of the rocks that are surrounding this beach between El Cotillo and Tindaya has created a precious kind of sand with an intense yellow-orange colour that accumulates into three pyramidal dunes, unique to this island.

The delicate brown coloured sand of the beach in El Castillo will not be found anywhere else on Fuerteventura because it has been imported from the Sahara Desert to construct this artificial beach.

This very fine sand that will swirl around upon the slightest gust of wind is of a soft grey ash-like colour that will become darker when humid. Apparently it is washed ashore from the deeper marine areas. It is not the only beach with this colour; you can encounter the about same but somewhat darker on the Juan Goméz beach, in the South. 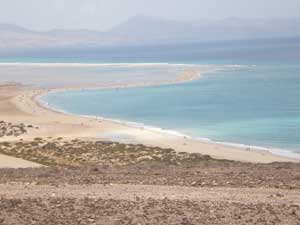 As this sand contains yellow, black and golden grains as well as debris from reddish, orange and white shells, it offers a multicolour aspect. Depending on the predominant material the sand will be more clear (Playas de La Solapa and El Cofete), or darker (Playa de La Pared). 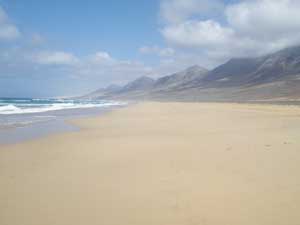 As a curiosity the beaches of Sotavento (South-East) find their origin in the Barlovento Coast (North-West). The prevailing winds carry the sands over the area of Istmo de Jandía to allow them to accumulate on the East Coast, where they form the beaches of Esquinzo, Malnombre, Esmeralda and Butihondo.

The presence of this great variety of colours and textures in the sand of Fuerteventura gave me the idea to make my sand "paintings". Through washing, drying and fixing these sands they shine up in my frames in a natural way and without addition of artificial pigments or dyes. A truly 100% Majorero product. My creations can be purchased in the shop "Little Canary World" in Puerto del Rosario (Map D17) and in the Rural Hotel "Casa Isaïtas" in Pájara. You also can contact me directly on: www.losadarena.blogspot.com

The coordinates mentioned are those from Google Maps.