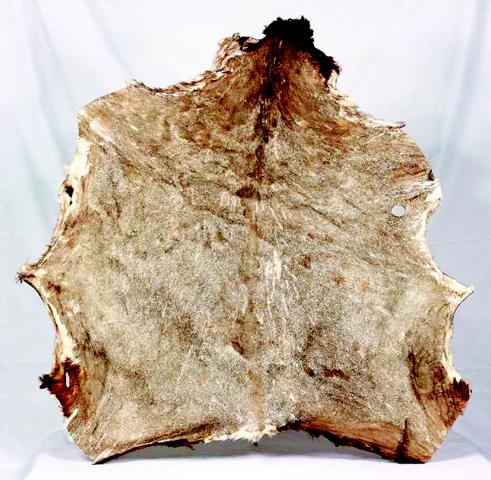 When the first Conquistadores arrived on Fuerteventura in the 15th Century, they encountered the local inhabitants (Mahos) almost completely nude. "Males only had a hairy goat or sheep skin that was fixed on the men's back and women additionally had two extra pieces – one in the front and one in the back – which were fixed at the waist and reached till their knees. Pieces of skin were connected to each other by threads of finely cut leather. They had no shoes and walked the island on bare feet." (Bontier y Leverrier. 16th Century)

When the immigrants from mainland Spain arrived, they introduced the industrial way of leather tanning. The first references to this activity are an agreement dated 21st January 1607 in which the territory of Fuerteventura was split in two areas for the collection of skins and the preparation of leather goods. The practice stayed very much the same till the 1950's due to the limited resources on Fuerteventura to further develop the leather tanning technology. Water was a crucial element in the tanning activity and was extracted from the underground by hand, windmills and later by engines.
The major source for skins and leather was the masculine goat. End product was mostly footwear. The skins of female and baby goat were used to make (food or liquid) containers. Most of the produce was kept on the island for local use, but some was exported to neighbouring islands. The tanning centres were around Betancuria and Pájara.
Michel