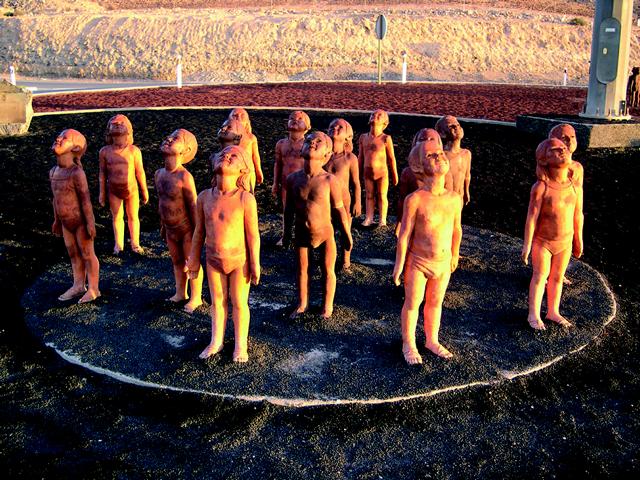 I drive a lot on Fuerteventura roads, for business and for pleasure, and every time when I enter Jandía and approach those statues of children, looking into the sky, I get a sense of fascination. Their facial expression and body language invite you to hold on, watch them standing there and become aware of feelings of timelessness and introspection. And because these statues generate the same or similar sensations with many people, they truly became emblematic for the South of the island, if not for the entire Fuerteventura.
As I have used my pictures of this creation, realised by Lisbet Fernandez, at many occasions,I decided to visit the creator who has her workshop in Costa Calma and write about her and her work.

Lisbet and her husband Rafael Gómez González, came from Cuba, some 9 years ago. Both are certified artists from the School of Arts of Habana, Cuba. Rafael is specialised in creating realistic sculptures, like the ones in bronze you can see in Morro Jable. In 2005 the Town hall of Pájara invited them for a local art project "Ruta de las Esculturas". After Lisbet participated in the Art exhibition "ARCO 2006" in Madrid, they came to Fuerteventura where she created the group of children as part of the a.m. project.

Description of the group of sculptures "Caminos" (2007).
The group consists of 30 individual sculptures of children – boys and girls – all with a height of about 110cm, made in terracotta, a sort of refractory clay which has been baked at 1200ºC.
The children are looking into the sky and their faces represent copies of faces of local children, mostly from Morro Jable and from friends. 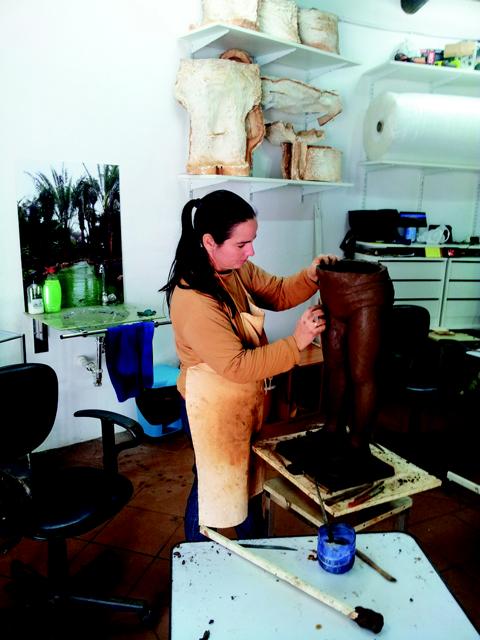 The name of the creation is "Caminos", which is Spanish for "ways", "roads".
Lisbet explains her work like this:

"The children represent the starting point of human growth, in which each
child starts his/her own way in order to evolve towards the highest in life, like plants go towards the light.
The work is complemented by the roundabout space as the oriental Yin Yang symbol which is the stage where all the human evolution takes place in his/her universe."

Lisbet also makes small copies of the originals (+/- 47cm), also in terracotta, which are well packed in a protected case and are easy to take on board of a plane or can be sent worldwide.
You can visit Lisbet and Rafael in their workshop in Costa Calma, which is located in the beautiful gardens of the restaurant "El Jardín", very close to the local tourist office at the first roundabout entering the town, coming from the north. Plenty of parking facility, just opposite. 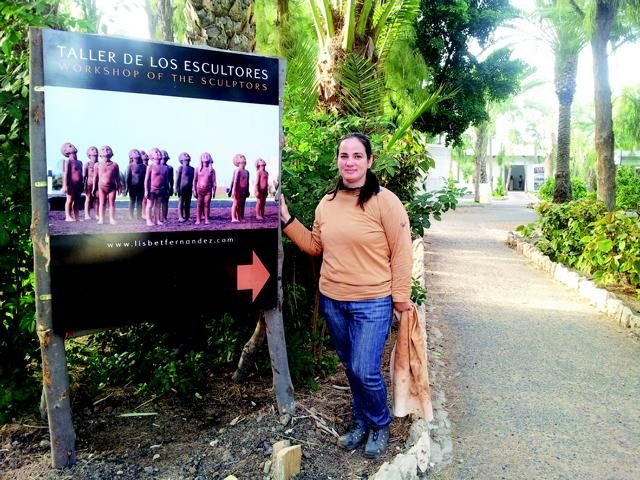 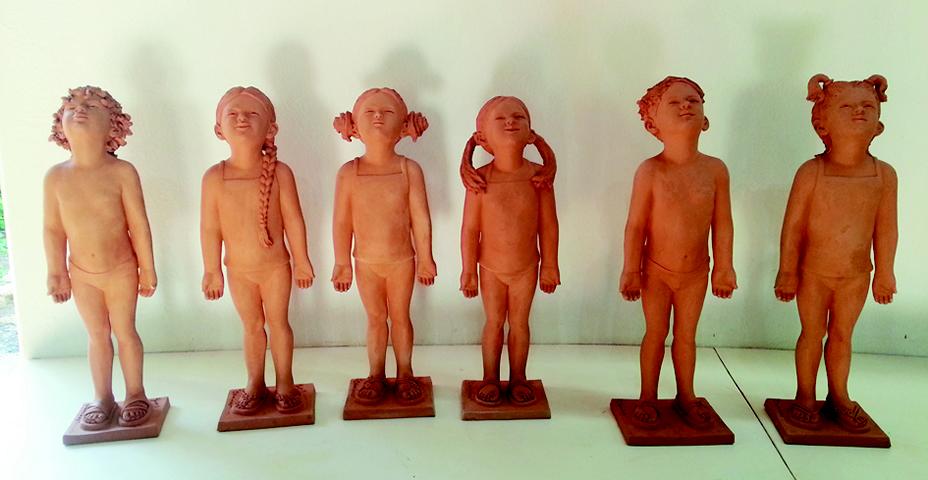