The old harbour of El Cotillo got a Big Wave Day since a long, long time. The last time such a nature event took place was when the Fuerte Wave Contest 2010 was organised. Now, waves were as twice as high as the masts from those brave men who stood on their boards and plenty of wind. I bet that the spectacular pictures will be published in many Journals and Magazines. This Wednesday - the 23 of January 2013 - will definitely outstrip the famous day in March, 3 years ago and will go into history as one of the rare FUERTEVENTURA BIG WAVE DAYS. 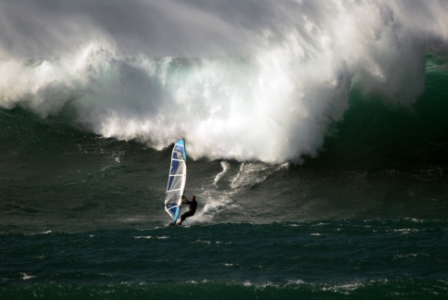 A handful Big Wave surfer, and as many professional photographers and a couple of dozen spectators were sharing this adrenaline-pumped day. The wave and wind predictions on the internet were spot on this time. The locals like Stephane Etienne, Patrick, Marcel and Yannik, altogether Contest Pro's, as well as some of the finest Wave-Kite Surfers from Fuerteventura were on time to meet at the Fuerteventura West coast, where the bloodcurdling show started at 11am. 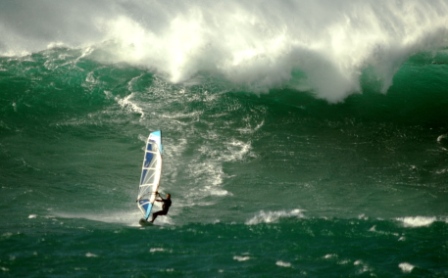 Over 4 hours of Top-Class Windsurfing and this without an incident, worth mentioning. Only the German Newcomer Patrick had to be picked up by boat, after having drifted away due to technical problems with his gear. Morten from New Territory spotted this and organised the pick up, together with a local fisherman. 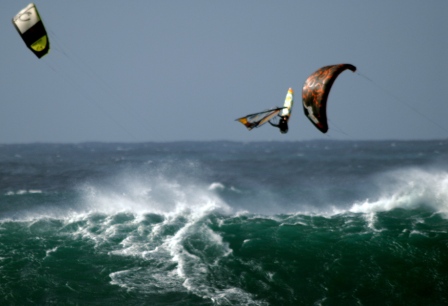 Now one has to wonder how many months or even years it will take to be able to enjoy again such a marvellous Supersession.