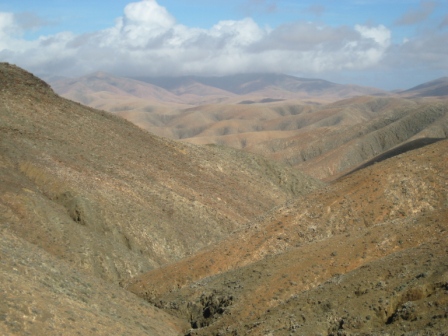 The trip will lead us to a special type of volcano: a vent volcano.

It is formed by a slow ascend of lava in the central column of an already existing crater, but without major outflows. Once the lava solidifies inside the cone of ash, it forms a vertical conduit of basalt that will stay upright long after the ash around has been eroded by the natural elements. The ascent is along an old shepherds track and leads to a cave that is the centre of an annual religious festivity. Here you can enjoy the superb views over the south of the island. After the descent we head for Pájara where you can choose between a picnic under the bougainvillas or a lunch in a special restaurant. 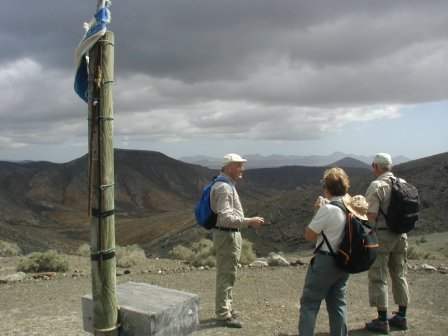 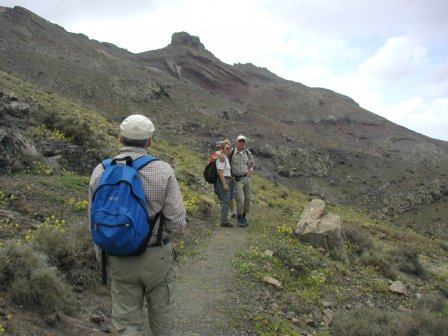