The Future of Fuerteventura Blues Festival.

A reanimation effort and a plea for the "Corralejo Blues Festival", an original way to promote Fuerteventura. A concept for business opportunities: International Events. 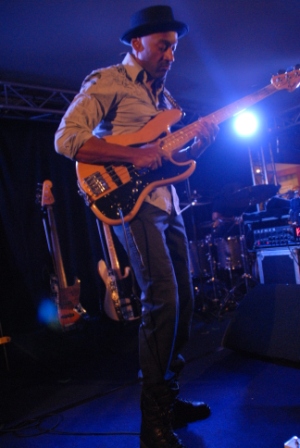 Corralejo / Fuerteventura urgently needs to improve its profile as a holiday destination and should focus on widening its customer base. Fuerteventura not only should be regarded as vacation spot, but also as a place to enjoy high-quality events with international reputation. A high-class, international Jazz / Blues Festival might be the right vehicle. A warming-up round has been made with the annual Fuerte en Música. It is expected to be organised again in 2013. The International Blues Festival Corralejo also gets a lot of supporters from the Blues & Jazz scene. However, the event for 2012 has been cancelled, due to cost-cutting exercises from the local government. And what are the perspectives for 2013? Planning and organisation of Fuerteventura Blues Festival 2013 doesn't look right so far. But who is forbidding private initiatives?

There are sufficient Blues-lovers around here, also professional ones, and surely packs of local Blues fans ... in important positions to be able to give the necessary support. Nial Wallis is one of them and well known as a moderator in such events, Fernando - the organiser of almost all of the latest Blues events shouldn't have to be convinced, Gustavo - owner of the restaurant La Mamma in Corralejo is involved since ages in local innovative events like the "Ciclo de Cancer", Mario Cabrera - the president of the local government is an avid Blues fan. The missing links might be the local manager of Culture, Soledad Montelongo and the mayor of La Oliva, Claudina Morales.

Contacts to airline and ferry companies already have been developed for this event. The name change from "Blues Festival Corralejo" into "Fuerteventura Blues Festival" is worthwhile considering and would bring the Fuerteventura Tourist Office and Blas Acosta into the picture. 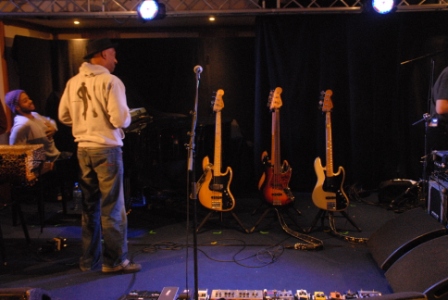 A major drive to success for a Fuerteventura Blues Festival is our mild climate. There are almost no open-air festivals on the continent during the winter. Blues fans from the UK, the Netherlands, Germany, Spain, France and even Italy, etc would love to enjoy open-air music festivals during the winter.

High-class musicians like Marcus Miller or Richard Bona told Charly Lang that they are interested to participate, provided it fits with their agenda. Mike Stern and Bona already have performed here and would love to come back. Workshops and Fusion Sessions could be organised with Joo Kraus and Till Brönner, one of the best German trumpet players. And not to forget Charlie Moreno, probably the best known Jazz Bass player of the Canary islands.

Fuerteventura already has created a reputation as "Island of the Blues", next to its world-wide profile as "Surfing Paradise". The Moguls in the Tourism Industry should ask themselves which area would provide them the best business opportunities for an Open Air Festival during the winter, under sunshine, 22ºC and within a 4h flight range... 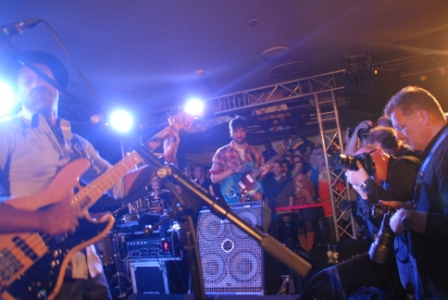 But an Open Air Event like "Fuerteventura Blues Festival" would chew up a lot of cash. Therefore there should be coming sufficient support from the local industry and abroad: hotels, restaurants, bars, beverages, banks, radio, TV, flight carriers, ferry companies, etc. All will benefit from the fruits. The concept of temporary business clusters to get major initiatives from the ground and get them efficiently working is rather new on Fuerteventura, but it would pave the way to a successful initiative. The expectation that the local government or the community will have to organise this will lead to a stall. They can't do everything, nor do they have the required specialists. But they do have the required and efficient infrastructure, logistics and hardware: buildings, stadiums, plazas, beaches, emergency services, traffic control, illumination, etc. The artistic and organisational management has to be left to professionals.

What are we waiting for?

Charly C. LANG
This email address is being protected from spambots. You need JavaScript enabled to view it.